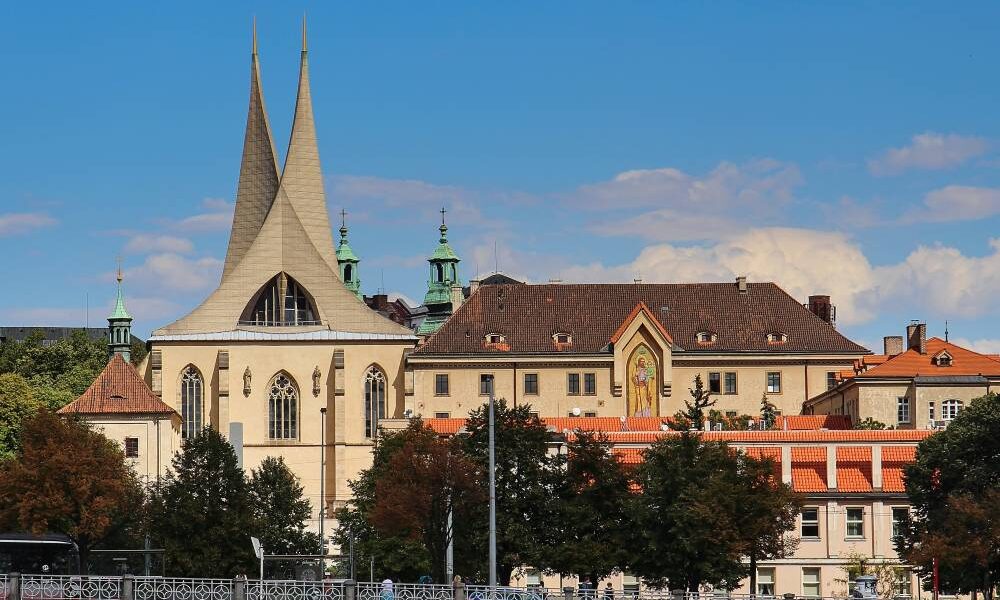 For Thursday’s celebration and the official programme, we have chosen the Emmaus Monastery as the place of our meeting. We believe that the atmosphere of this abbey in the centre of Prague will help to join the EPS community.

The Emmaus monastery was founded by Charles IV in 1347, half a year before Charles University. Its original purpose was to connect Christians from the whole Europe with their rights and support their cooperation. The references of the Emmaus Monastery to Charles IV as the founder just as in the case of the coordinator university of the EPS and the interconnection of people all around are why Thursday´s programme of the anniversary takes place here.

During the programme, we will inaugurate the first-year students and discuss the past and future of the EPS. Our goal is to create a free space for you to meet your colleagues, teachers or partners so that you would have enough possibilities to become part of the EPS network and express your opinion on it.

You can read more about Thursday’s programme here.

The registration form you can find in your emails or write to us at eps@fsv.cuni.cz.

Join us and meet the EPS network in the Emmaus Monastery on Thursday, October 6!

Shortly to the history of the Emmaus Monastery:

The Emmaus Monastery was founded in 1347 by Charles IV. The original abbey was intended for the order of Slavic Benedictines. Charles IV was aware of the religious traditions in the Bohemian lands. The Emmaus Monastery was therefore intended to act as a meeting place for Western and Eastern liturgical rituals. The idea was to reunite Western and Eastern Christians, who had been in schism since the 11th century.

In the course of history, monks from many European countries have lived in the Emmaus Monastery together with their Czech brothers. At first, monks from Croatia were invited to the abbey, in the 17th century they were replaced by Spanish monks from Monsserati and in the 19th century by monks from German countries. From their home monasteries, they brought some of their culture (with them to Prague), which can be seen, for example, in the decoration of the original Gothic rooms. The monastery was thus a multicultural place where monks from different countries could have met for their common purpose.

In the 20th century, the Czech Benedictines took over the administration of the Emmaus Monastery. During the Second World War were the monks involved in the resistance against the Nazi occupants. Therefore the monastery was closed in 1941 and the monks either fled or were taken to concentration camps. Moreover, in February 1945 the monastery was heavily damaged during the Allied air raids on Prague. After the war, life in the monastery was restored, but in 1950 it was closed again by the communist regime. In the 1950s and 1960s, the abbey buildings were reconstructed and two typical concrete towers with golden spires were added.

After 1989 the Benedictines returned to Emmaus and the monastery serves its original purpose.